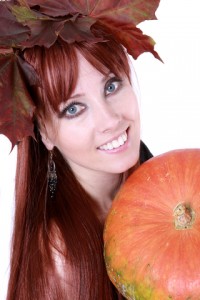 So, is castor oil good for hair?

If you’re asking if you should use castor oil for hair growth, we’d like to tell that yes, you should at least give it a try. No, we’re not going to say that we’ve tried and that it really worked for us because that would just be a big lie. Instead, what we’re going to tell you is that there have been so many people who have attested to castor oil’s power, you would be missing out if you didn’t give castor oil a try, especially if you have thinning hair.

If you don’t believe there are many people who’ve seen their hair and eyebrows grow from using castor oil, you can check it on Youtube. Even better, you can go to Amazon and eBay, search for castor oil brands and look at reviews by different customers. The consensus is that this product of nature does work. If you have thinning hair or very sparse eyebrows, you can use it. And if you’re wondering how it works, read below to learn more.

Castor oil for hair growth is extracted from castor beans, which are made up of 65% oil. This oil is rich in nutrients as well as essential oils, thus making them excellent for treating different conditions, like skin irritations, constipation and yes, even hair loss.

As a natural product, you shouldn’t expect it to work overnight. Users who have used it say they did not see any improvements in their hair growth until after the second week. Thus said, you should use it for at least two weeks before expecting any results.

As with anything else, there are certain brands that are better than others. Most commercial castor oil brands extract the oil by using solvents and chemicals, which is a cheap process. This makes their product cheap but also impure, affecting the effectiveness of the castor oil hair treatment. We’re not saying that they won’t work, what we’re saying is that they MIGHT how long it’s going to take you from thinning hair to lots of hair.

If you want to use natural castor oil, look for “cold pressed” on the label because it means the oil was extracted using the cold press method without any heat, chemical or solvent involved. You can expect it to be more expensive than the more commercial brands, however, as with anything else in life, you do get what you pay for.

If you’re wondering to use castor oil for hair growth, just before you sleep, massage a few drops of oil onto your scalp and leave it overnight. If you want to lush eyebrows, just before sleeping, apply the oil and let it sleep there. To lock in the nutrients of the castor oil hair loss treatment, apply Vaseline on the eyebrow area. Other users might have different ways of applying this product, so make sure you do some research.

Castor oil typically costs less than $20 per bottle. If you want to get the best prices, do comparison shopping with at least three online stores.